Now Tyson’s boxing career is behind him, even having returned for an exhibition bout against Roy Jones Jr, the heavyweight can focus on other business ventures.

One of those, fuelled by his passion for the plant, is a new strain of weed, named Tyson 2.0, which is set for distribution and sale in the state of Colorado.

Tyson himself has previously revealed that he smokes upwards of $30,000 worth of weed every single month. It’s difficult to envisage exactly how much that is.

Well, we have been given a pretty good idea by a photo of Mike in a warehouse with his workers, holding a bag of weed which may well be one of the biggest we’ve ever seen.

Imagine the number of crisp packets you’d go through if you were to smoke the lot? 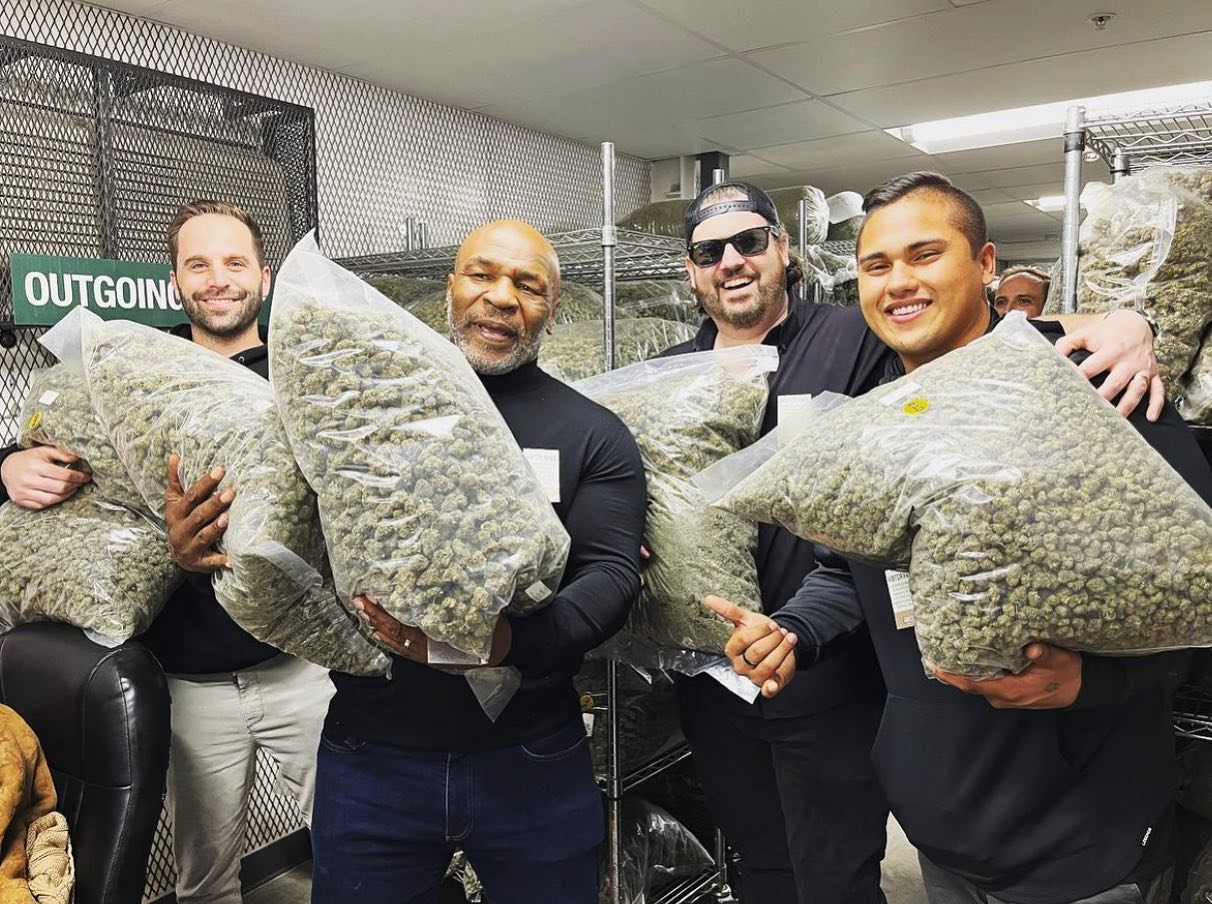