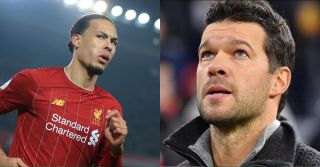 The German midfielder and former Bayern Munich and Chelsea midfielder has played against the best in the past and was one of the best himself for his position.

Having represented Germany in two World Cups and won a Premier League and a Bundesliga Michael Ballack knows a thing or two about the game.

Does he have a point about the Dutch and Liverpool defender?

Do you agree with Ballack?

Michael Ballack : “Virgil Van Dijk is very lucky to play in an era where there is no Drogba, Lampard, Alan Shearer, Henry, Rooney, Van Persie, Tevez, Adebayor and Diego Costa in the Premier League. No wonder they think he is the best defender in the League."