Conor McGregor has verbally agreed to fight Michael Chandler after his stunning knockout win over Tony Ferguson at UFC 274.

Chandler put on a show once again on Saturday night. Following on from his thrilling fight of the night clash with Justin Gaethje, he put Tony Ferguson to sleep with a quite ridiculous front kick.

After grabbing Joe Rogan’s microphone and insisting that he ought to be in the conversation to fight Charles Oliveira for the UFC Lightweight title, Chandler also expressed his desire to fight Conor McGregor.

McGregor is still watching from the sidelines as he continues to recover from the nasty leg break he suffered against Dustin Poirier. Appears to be willing to take the Chandler fight at some point in time. 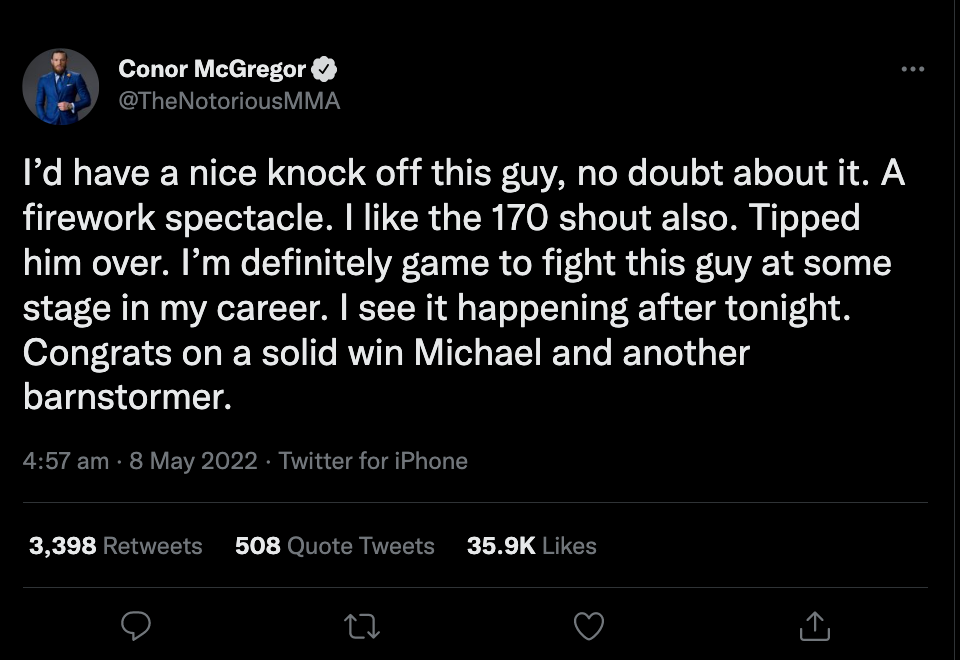 Fighting Chandler would be the perfect opportunity for McGregor to prove that he remains in contention to win titles in the UFC and deserves to be given the opportunity to do so by Dana White.

There have been some suggestions that McGregor would be propelled to the front of the queue to fight for the title upon his return. That would, of course, send a terrible message. The Chandler fight sounds like a promising possibility.