According to Eurosport, the Hammers were hoping to include a £15m option to buy in the deal, in addition to the £1.5m loan fee.

United now think that they can fetch upwards of £20m, if they let their academy product go later this year.

Lingard has really hit the ground running and club captain Declan Rice has said that having a ‘top, top player’ like the Manchester United loanee has made a big difference at the club.

Lingard only made three appearances for Ole Gunnar Solskjaer’s side this season, the most recent coming in the FA Cup third round victory over Watford this month. He has yet to record a single minute in the league. 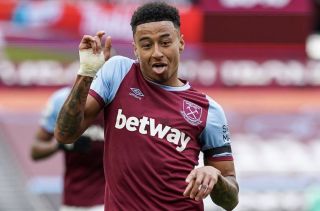