Luke Donald will tee it up at the US Open later this month after coming through qualifying in Florida.

The former world number one has fallen to 66 in the rankings, meaning he was not guaranteed a place in the field for the tournament at Chambers Bay in Washington which begins on June 18.

But the 37-year-old was one of four players to qualify at the Bears Club in Jupiter, finishing joint top of the leaderboard on four under after rounds of 72 and 68. 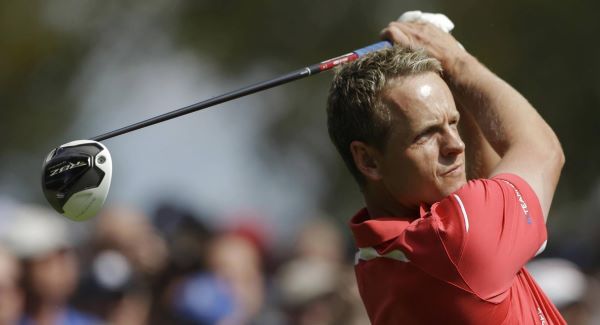 Donald may have been worried after an even par first 18 holes but he came to life in the afternoon, registering seven birdies and three bogeys to finish alongside fellow qualifiers Andrew Pope and amateur Jack Maguire.

In total, 58 spots were available across 10 venues in the United States with Chris DiMarco, Brett Wetterich and 1970 champion Tony Jacklin’s son Sean among those to miss out in Florida.

Two-time champion Lee Janzen topped the leaderboard at four under in Purchase, New York, to secure his place while in Georgia, amateur Matthew NeSmith fired 17 birdies and an eagle in rounds of 63 and 64 to finish 17 under and seal his spot.

Another two-time winner who had to come through qualifying was Retief Goosen, who finished on six under in Tennessee to make it through by one shot while Scotland’s Martin Laird joined David Duval and Trevor Immelman in missing out.

David Lingmerth claimed his maiden victory on the PGA Tour over the weekend at the Memorial Tournament but could not back it up after finishing on three under over his two rounds, four shots adrift of the cut line.