The Foxes have been linked with Soumare for quite some time, however, it now appears the Premier League outfit are finally set to get their man.

Transfer expert Fabrizio Romano recently tweeted confirming that a deal, understood to be within the region of €30m, is close to being finalised.

Here we go soon for Boubacary Soumaré to Leicester from Lille, confirmed! The deal is expected to be completed soon for less than €30m 🔵🦊 #LCFC

Taking to his own official social media, defender Fofana, tweeted himself hinting that Soumare will soon be a Foxes’ player ahead of next season.

The talented young centre-back then also replied to Romano saying: “You are the expert, if you say so, I believe you!” 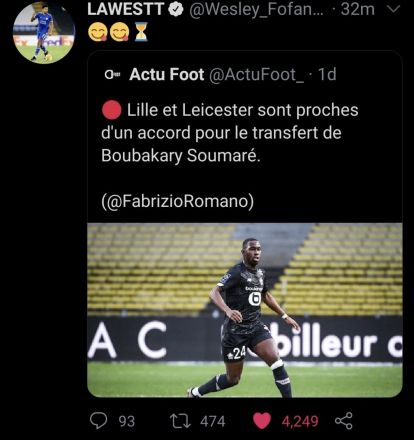 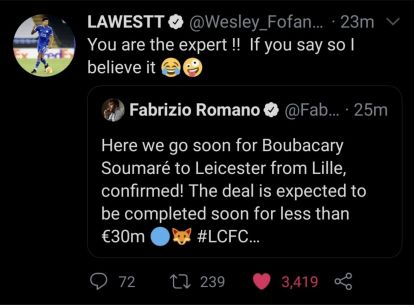 Both of Fofana’s tweets have since been deleted – because that’s not suspicious at all.