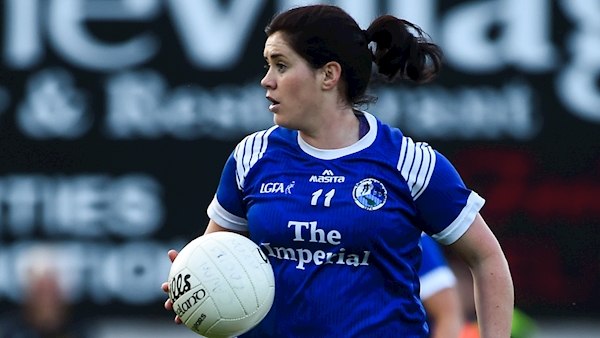 A pointed free from Aishling Maguire deep into stoppage time earned Cavan a dramatic one-point win over Armagh in a thrilling TG4 All-Ireland SFC Group 1 Round 1 game played in Templeport.

Substitute Geraldine Sheridan was fouled and Maguire landed the winner for Cavan in what was a terrific game of football.

James Daly’s side were down by 11 points at one stage in the second half against an Armagh side for whom the Mackin sisters, Aimee and Blaithin, scored an astonishing 5-6 between them.

Two minutes later they had a chance to extend their lead but her sister Aimee was unlucky to see her penalty hit the butt of the post.

Two frees from the boot of Maguire drew Cavan level in the 11th minute. Maguire and Aishling Sheridan twice edged Cavan in front but they were pegged back each time by Aimee Mackin points.

In the final 10 minutes of the half Cavan took control of the game and opened up a three point lead. The point that put them back in front came after they won the ball in defence and it eventually was played to Aisling Gilsenan who fired over a fine effort. Maguire and Nessa Byrd then followed with great scores.

Armagh were level again in the first minute of additional time following two points from Aimee Mackin (one free) and a great score from her sister Blaithin. One minute later Aoife McCoy scored Armagh’s second goal to put them ahead by two. Gilsenan pointed a free for Cavan as they trailed 2-7 to 0-11.

A terrific goal from Blaithin Mackin in the 35th minute extended Armagh’s lead to five. Aimee flicked the ball to the net in the 37th minute and three minutes later they stretched the lead to 11 when Aimee Mackin scored her second goal and Armagh’s fifth. 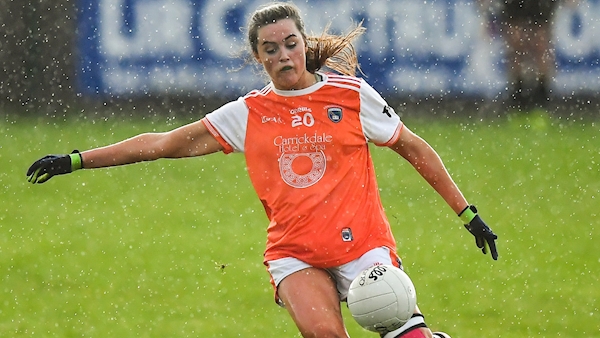 Credit to Cavan though they made a terrific comeback with substitute Lauren McVeety scored a much-needed goal and minutes later goals from Maguire (penalty) and Aisling Sheridan brought Cavan to within one point of Armagh. Kelly Mallon put two between but five points in a row put Cavan by three in the 54th minute.

The drama didn’t end there though and in the 56th minute Aimee Mackin broke through and hit a fantastic shot to the net to level matters again. Armagh were dealt a blow in the 60th minute when Niamh Marley was sin-binned. Try as they might they couldn’t get the equalising point and Cavan held on for a vital win.