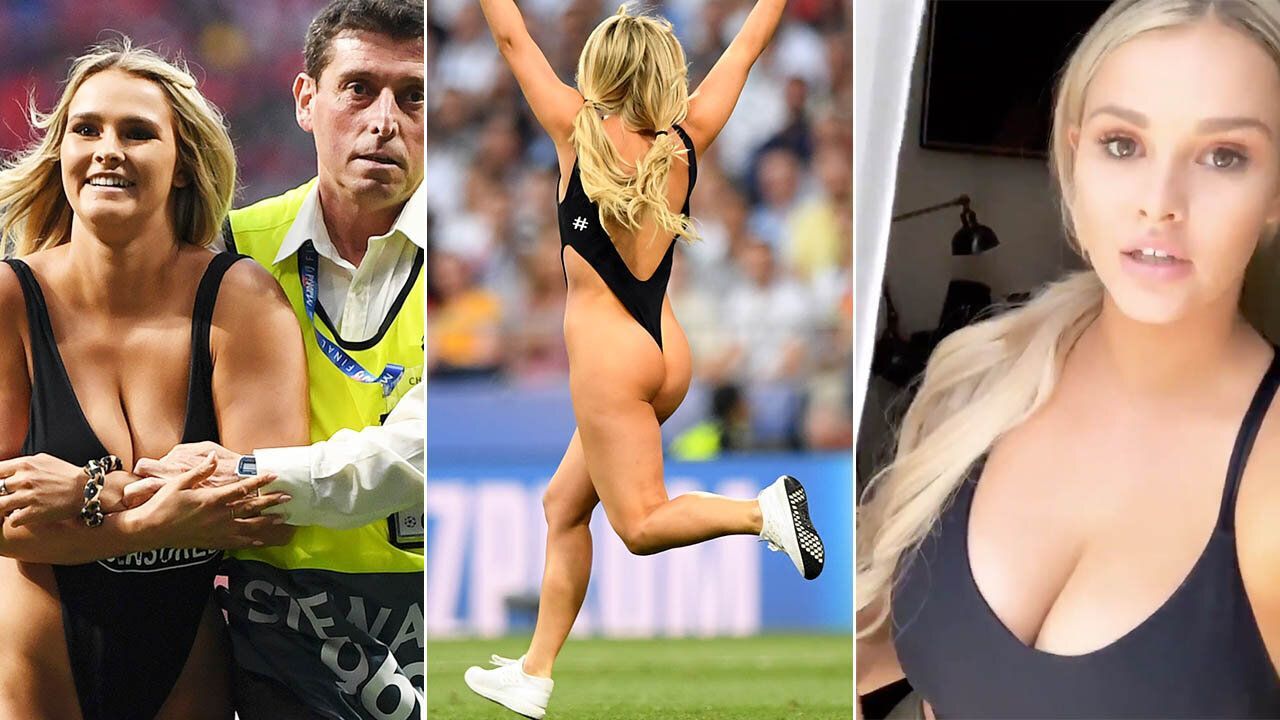 In an interview she had with The Sun Newspaper she said;

‘By the time I’m 30 I plan on making enough money to retire, and streaking at the Champions League will only help me achieve that’, she said in the interview.

‘After I was released from jail I had gone from 300,000 followers on Instagram to over two million. You can’t buy that kind of publicity.

‘Suddenly I was famous all over the world and had job offers flooding in. I don’t think I did anyone any harm, it was just a bit of fun.’

‘I’m not revealing any names, but a couple of the Liverpool players did send me private flirty messages after I streaked the game’, Wolanksi claims.

‘One sent some heart emojis and the other one a message saying, “I saw you at the game”.