As England gear up for their quarter-final game against France at the weekend, it’s been revealed that one of their players of the tournament thus far Jude Bellingham could have played for Ireland through a grandmother.

Mark tweeted as the pandemic raged in September 2020: “This half Irish kid [Mark] is going to go online and watch his mixed race England U21 international son [Jude] make his competitive debut in the German Cup.”

MORE HERE: Wayne Rooney gives a brutal honest assessment of his first training session with Everton – this is excellent 🤣

There’s a good few of the English team that could have played for Ireland including the captain Harry Kane and of course we all know about Declan Rice and Jack Grealish who already played for Ireland at senior and underage level.. 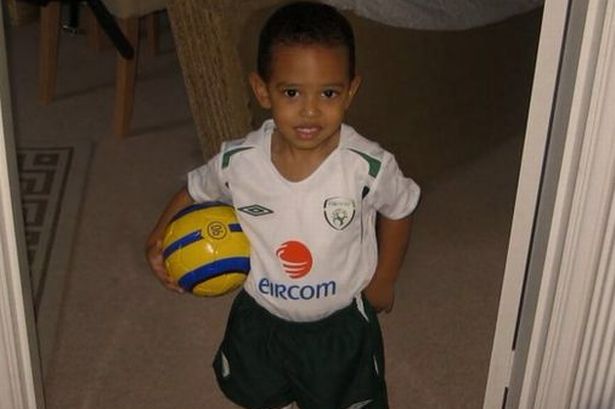 More Stories england Jude Bellingham Mark Qatar World Cup
🚨Leaked how much the Unions are getting the Six Nations documentary
Feb 1 2023, 11:08
Rugby
🚨Harlequins prop Wilco Louw absolutely SMASHES the Scum Machine on his own with TWO strongmen on top! BEAST
Jan 26 2023, 7:50
Rugby
Miss Croatia shows off her jiggling bum as she gets it rubbed at ‘magical parlour’
Jan 25 2023, 8:56
Football
Laura Woods’ BRUTAL reply to a football fan who invites her over while the Mrs is at work🤣
Jan 25 2023, 6:24
Football
🚨Ex-Miss Croatia shakes her booty and sexily dances in skimpy outfit as fans are blown away
Jan 23 2023, 7:30
Football
Arsenal fans couldn’t believe what Mikel Arteta said in his post match interview 🤣
Jan 23 2023, 6:23
Football
‘Take him out for a nice dinner’ – Steven Gerrard tries to ‘tap up’ Liverpool target live on air😂
Jan 21 2023, 13:39
Football
🚨Fans are blown away with the star of the World Cup, Ivana Knoll latest shot in sizzling tight bikini
Jan 17 2023, 7:05
Football
🚨Luke Cowan Dickie finds himself at the backend of a backlash after trying to defend a mate
Jan 16 2023, 6:35
Rugby
🔥 Jermain Defoe dating stunning Love Island wannabe just weeks after marriage goes bust
Jan 15 2023, 12:26
Football