The former England and Chelsea captain John Terry was doing a Q&A on his Instagram and responded to Wayne Rooney admitting two weeks ago at the launch of his new show on Amazon ‘Rooney’ that he went on to hurt his England teammate. Rooney admits to changing his studs in a Chelsea vs Manchester United game and went out to injury the centre back. John Terry has responded to it;

“Of course not. We know each other well and had many battles over the years. 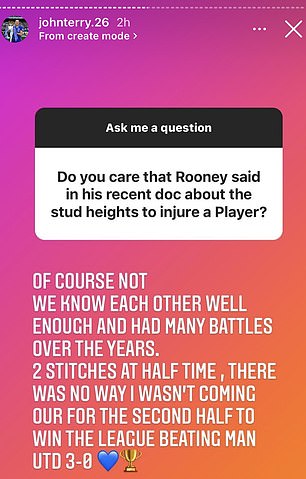 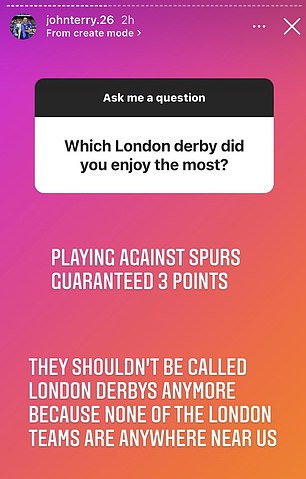 That was some rivalry at the time, one of the main reasons England could never achieve anything at an International tournament.