The former Liverpool defender Jamie Carragher and Manchester United captain Roy Keane got in a right bust up on Sunday debating over Ronaldo coming to Manchester United has actually improved the Red Devils squad. Jamies Carragher’s wife has taken to her Instagram to respond to the dispute between the two saying ‘You don’t even argue with me like this, I am howling’ 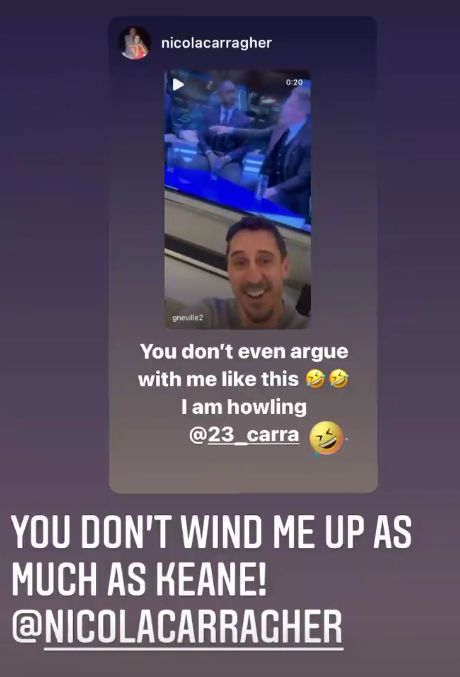 Manchester United take on Arsenal on Thursday night and it’s another massive game and a big call to start Ronaldo or not. From the interim manager Michael Carrick