Jamie Carragher destroyed BT Sport last night with a brutal tweet at the media outlet. BT Sport tweeted the below picture last night ahead of the Reds quarter-final against Benfica. Carragher replied with “That team is a lot better than your punditry team.”

Bit cheeky from BT Sport and well played from Carragher. The TV network deleted the tweet since and Carragher seemed to win that battle. 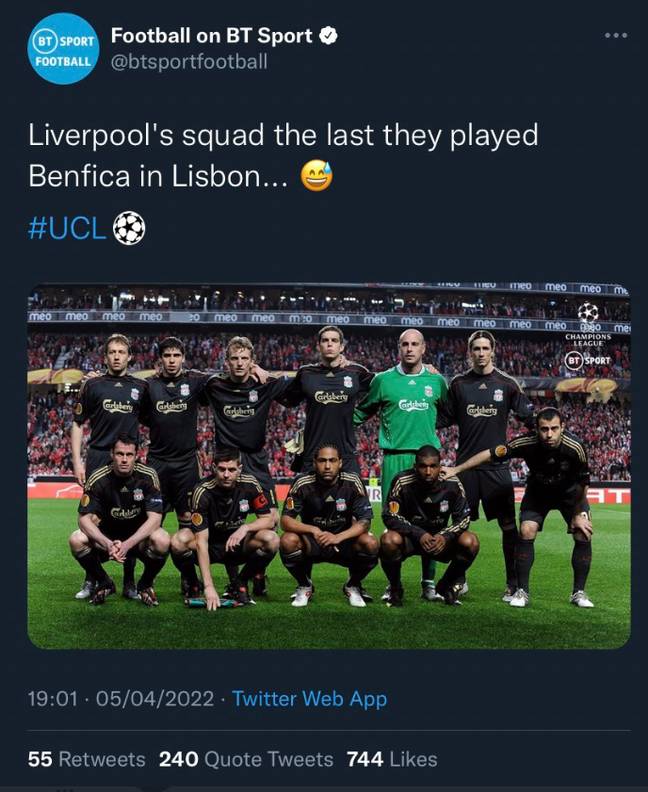 Liverpool had another vital win in their pursuit to win all four trophy’s on offer this year. The Reds won three goals to one, it will take one hell of a good team to stop the Anfield club this year, as they look in serious form under German manager Jurgen Klopp.