Jake Paul’s next boxing opponent is to be announced next week, according to his promotion’s Instagram page.

Paul has not stepped into the ring since knocking Tyron Woodley out in December of last year.

There has been continual speculation as to who he will fight next, with Tommy Fury understood to be leading the way to get an opportunity to take the American on.

That still remains unconfirmed, but we’re not going to have to wait long for total clarification on who Paul will be battling with come the night of August 13th.

A post was shared via the Most Valuable Promotions Instagram page which suggests that official confirmation on Paul’s next opponent will come next week. 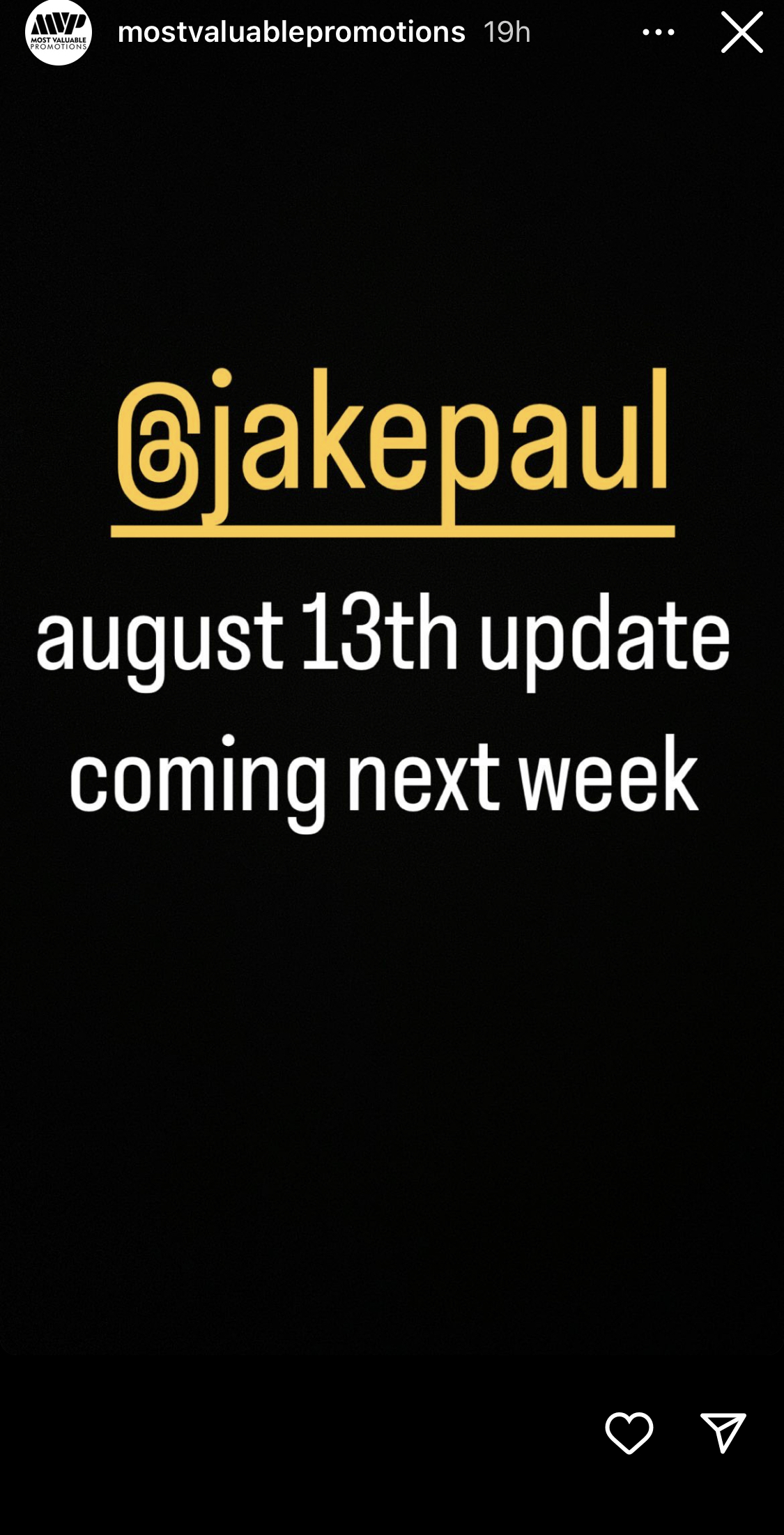 If it is Tommy Fury (again) then we can only hope that the Gypsy King’s brother refrains from being smashed in the midriff by a medicine ball in the gym – it didn’t work out well for him last time.

He’d have done well to get an opportunity to fight Paul again after pulling out back in December. In truth, though, it is the fight that everyone wants to see and is looking more and more like a 50/50.