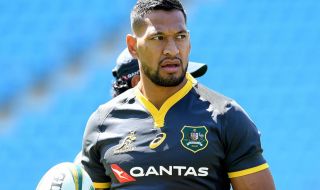 According to reports, controversial Australian rugby star Israel Isreal Folau could be making the transition from Rugby League to Rugby Union once again.

The full back was sacked by Rugby Australia for homophobic tweets in May 2019 which also lost him his job with New South Wales Waratahs.

A confidential settlement was eventually reached between Folau and Rugby Australia after the back filed a lawsuit against Rugby Australia for wrongful termination of employment on the basis of his religious beliefs.

In January of 2020 made his return to the sport in January of 2020 as he signed for French Rugby League side the Catalan Dragons. According to recent reports from Midi Olympique which are cited by PunditArena  , three Top-14 Rugby Union sides are battling to sign the Australian for the 2021/22 season. Bayonne, Montpellier and Toulon are all reportedly trying to bring the player back to their sport.

The sides would risk some media outrage with signing the player but he has and always will be an electric player and certified try scorer. Do you think he’s worth the risk? 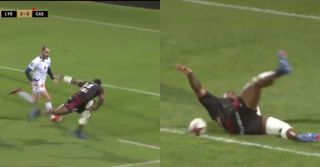