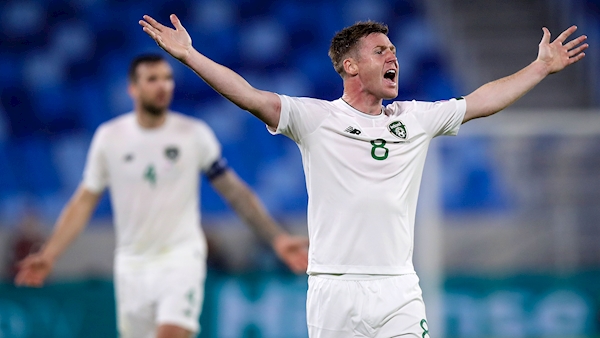 The Republic of Ireland have not managed to break the deadlock in Bratislava as it remains scoreless in their clash against Slovakia.

Stephen Kenny’s side need a win tonight ahead of a possible match-up between either Northern Ireland or Bosnia & Herzegovina in either Belfast or Sarajevo on November 12th.

Northern Ireland are currently away to Bosnia & Herzegovina, with the green and white’s down 1-0 at half-time.

James McClean provided the best opportunity for the boys in green in the first half, with Darren Randolph making an essential save just before the break to keep the Republic in contention.

The home side are tonight’s favourites to clinch the win, but Ireland’s defence is holding well, making a break-through a tall order for Slovakia.