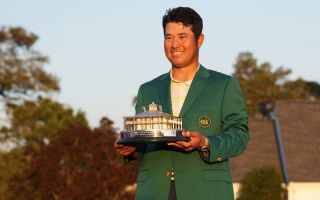 Hideki Matsuyama became the first ever male Japanese golfer to win a major title after winning the Masters by one shot.

Matsuyama’s four shot lead shrunk to just the one as the 29-year-old threatened to undo all of his good work, but he held his nerve and finished the tournament one shot ahead of American Will Zalatoris.

Having held off the field to claim his first majors victory in his career to date, Matsuyama was awarded the famous green jacket, and it’s safe to say he looked absolutely delighted with it.

It cannot be overstated how significant his victory could be in terms of providing a gateway for Asian golfers into the sport and on the pathway to success, following in his footsteps.

Matsuyama will be hoping, from a purely selfish perspective, that the win at the Masters is the first of many major honours he will be awarded during his career as a golfer.

If he can sustain that performance level going forward, there’s no doubt there’ll be more to come.