Shay Given has admitted the Republic of Ireland’s hopes of Euro 2016 victory over Scotland could come down to a single moment of magic.

The Republic face the Scots at the Aviva Stadium on Saturday evening knowing a win is vital if they are to maintain their chances of snatching one of the two automatic qualification spots in Group D. 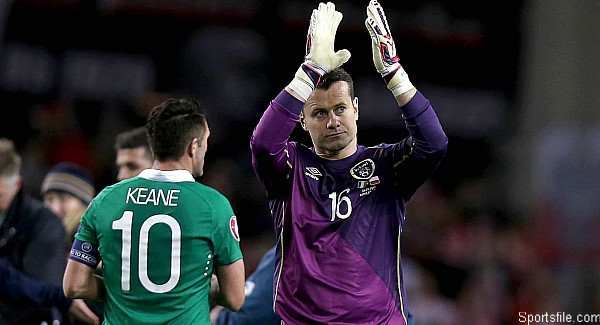 They will run out determined to exact revenge for their 1-0 defeat by Gordon Strachan’s men in Glasgow in November, which was sealed by Shaun Maloney’s fine 74th-minute strike, and keeper Given admits it might take something similar to decide the reverse fixture.

He told the Herald: “It was a moment of magic that won the game for them in Glasgow. These are the small margins that win and lose you the big games. Hopefully it will be us with the moment of magic on Saturday.

“The two teams are fairly equal and it will be a case of who plays better on the night. It’s a 50-50 game. Both teams are capable of winning it, we just have to make sure it is us.

“But I certainly don’t think they have a better squad than us.”

Ireland warmed up for their showdown with the Scots with a lacklustre 0-0 friendly draw against England in Dublin on Sunday.

Given played the final 29 minutes after replacing Keiren Westwood, and the run-out gave the 39-year-old a chance to finally put to bed the disappointment of his previous game, Aston Villa’s 4-0 FA Cup final defeat by Arsenal at Wembley.

Given said: “I think the cup final defeat is out of my system now all right. To be honest, it was gone from the system when I woke up the following Monday morning.

“I have been around in the game long enough now to know that you have to move on, you can’t wallow. I think that’s why it was especially good for me to get some game-time against England on Sunday.

“The main thing about Sunday was we got a run-out and everyone came through it okay.”

Skipper Robbie Keane was due to join up with his team-mates on Tuesday after playing for club LA Galaxy at the weekend, while defender John O’Shea was nursing a tight calf muscle, a problem he has had for some time, but not one which is likely to threaten his participation at the weekend.