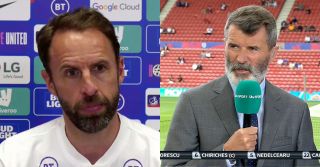 Roy Keane questioned Liverpool’s Jordan Henderson about the inclusion of the former Sunderland player in the England squad before the Romania game on Sunday. The English manager Gareth Southgate has hit back on the former Red Devils manager.

“Well, I think firstly we are not distracted by anything.

We know the situation Hendo is in, he’s been a very positive influence around the camp with the group.

It’s a step forward for him physically today, which was important for him to be able to play some sort of part in the tournament and we are realistic about what that could be.

It’s not a situation where it’s dividing the group or it’s unrealistic what’s possible.

We’re not hanging our hat on him being fit and if we can get him to a good level, then that’s a bonus. We’ve got 26 players, which hasn’t been the case before.

With the penalties, we are very diligent in how we practise them. I didn’t expect what happened to happen and I wouldn’t expect that to happen again.” 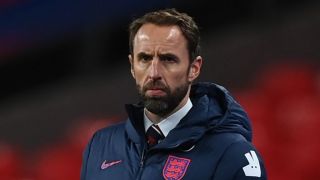