Carl Frampton intends to begin making a name for himself in the United States after announcing he will defend his IBF super-bantamweight title against Alejandro Gonzalez Jr in El Paso, Texas next month.

The Northern Irishman will fight outside the United Kingdom for the first time when he makes the second defence of his title on July 18 against his Mexican opponent, who has won 25 bouts with one defeat and two draws. 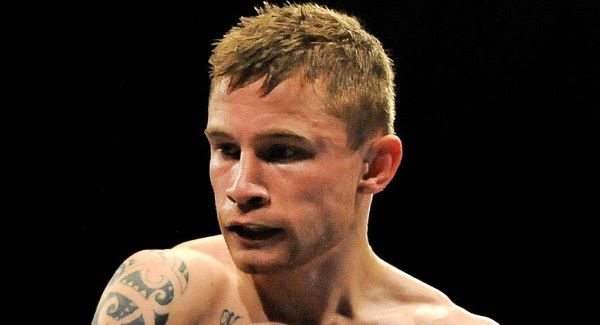 Frampton recently signed a deal with adviser Al Haymon – although the 28-year-old continues to be managed by former world champion and mentor Barry McGuigan.

“I want to become a star in the USA and this is my first step on that journey,” said the unbeaten Frampton. “Now that my team is working with Al Haymon I am set to defend my title in front of millions of US fight fans on CBS.

“Alejandro Gonzalez Jr is a dangerous Mexican challenger but he has never fought anyone like me and on the 18th of July he is in for a big, big shock. I feel I am the best super-bantamweight in the world and I am excited to box in front of a huge television audience in the USA.”

Frampton, who won his world title by outpointing Kiko Martinez last year before defeating mandatory challenger Chris Avalos in his first defence in February, will fight at the Don Haskins Center.

McGuigan said: “This is fantastic news for Carl Frampton. I believe Carl’s all-action style will captivate the US fight fans.

“Frampton has all the ingredients needed to become a major star in the USA; he is an exceptional fighter with a brilliant personality who has a fanatical fan base in the UK.”