WATCH: Matic Waited Outside Portugal Dressing Room After 4-2 Loss So His Son Could Get A Photo With Ronaldo

After facing each other for 90 minutes on the pitch and Portugal beating Serbia I’m sure the last thing Ronaldo expected was to see Nemanja and his son waiting outside the dressing room.

This is a great show of respect from both players who put the rivalry aside after the game to give 2 young fans just what they wanted. 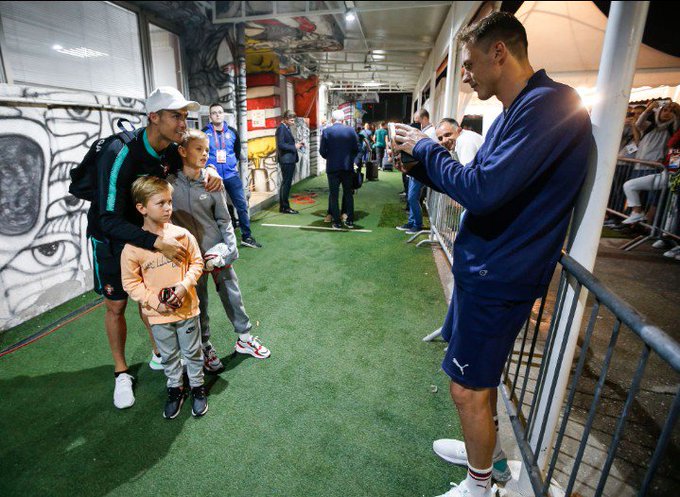