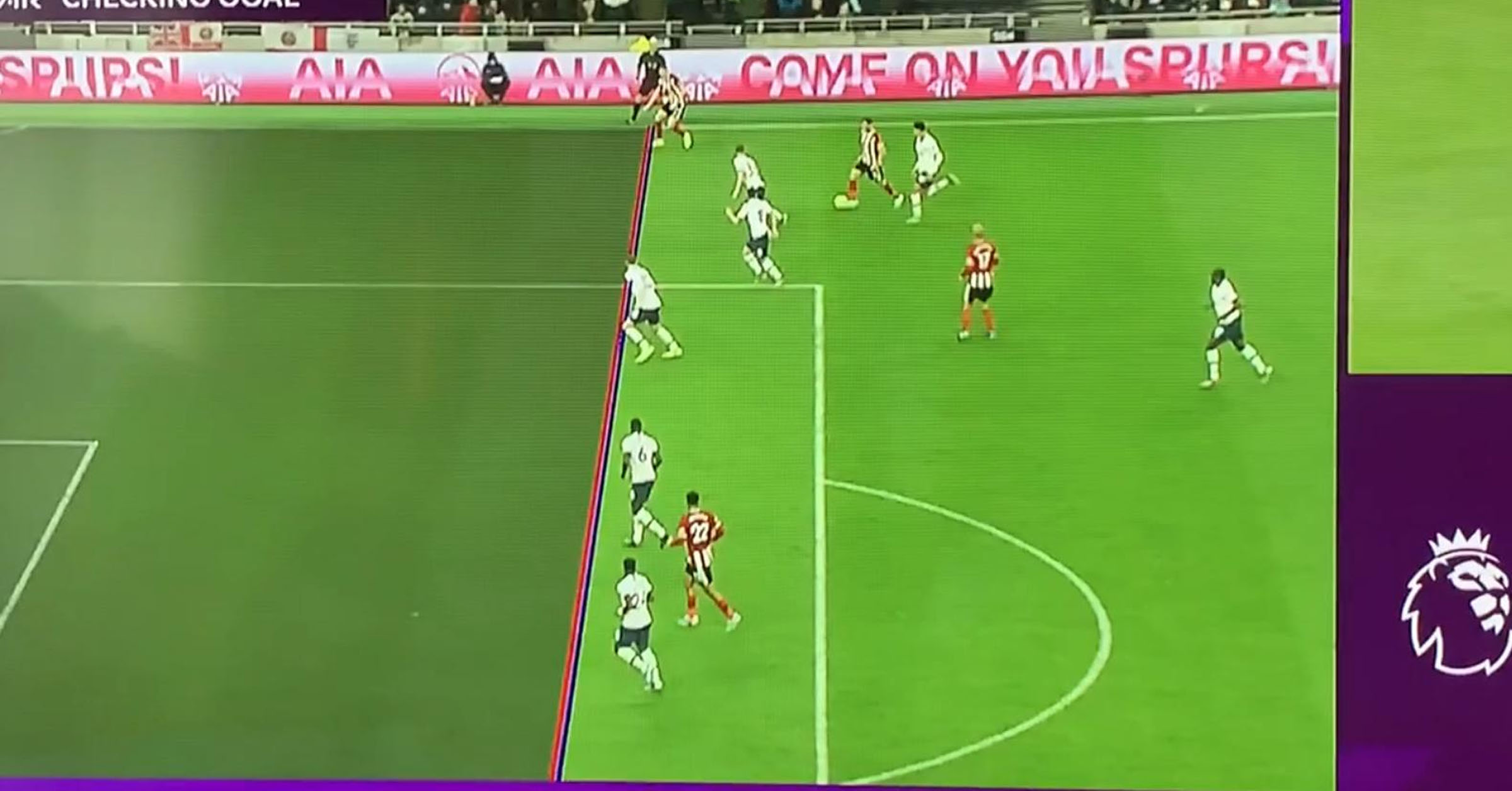 It took 4 minutes for VAR to come back with a decision for possibly McGoldrick’s first Premier League goal and they ruled that Lundstram was offside in the buildup but you will not believe by the margin.

It was tight but the replays show Lundstram was offside in the build-up#TOTSHU pic.twitter.com/xJyEVHMS4s

Jeff Stelling seems to think that it’s ruining the game.

"What has happened to the game!" 😡