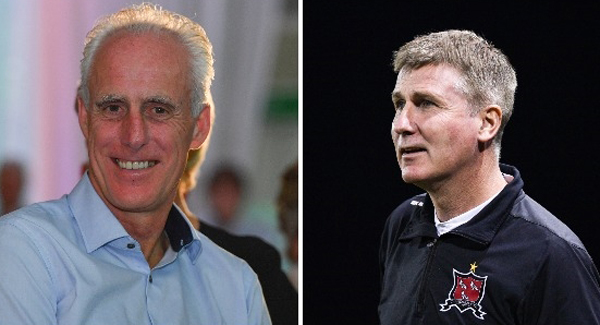 The growing expectation that Euro 2020 will be postponed for a year means that, even if Mick McCarthy gets to lead Ireland to the finals then, under the terms of the managerial succession which was announced by John Delaney last November, it is Stephen Kenny who would be at the helm by the time the tournament takes place in 2021.

McCarthy’s contract runs until July this year, with Kenny due to take over in August so, barring a revisiting of the deal with both men, the planned succession would take on an entirely unexpected complexion.

That’s assuming, of course, that Ireland qualify through the play-offs, the dates for which are also uncertain. June is being talked about as one possibility but if they were delayed until the Autumn then, as things stand, McCarthy would already have handed over the reins by then.

It’s yet another delicate issue with which the new FAI leadership will have to grapple as the impact of the coronavirus pandemic affects all aspects of international and domestic football, with Ireland’s Euros play-off against Slovakia on March 26 set to be officially axed and the entire game at home suspended until March 29.

The possible postponement of the Euro 2020 finals will be high on the agenda at an emergency meeting of all its stakeholders called by UEFA for next Tuesday, as football appeared to move closer to a complete shutdown across the continent.

The FAI is one of the 55 member associations which have been invited to take part in the video conference.

Although Mick McCarthy is still due in Dublin today, his Ireland squad announcement has been cancelled because of the coronavirus outbreak.

The news came as the Slovakian government appeared to rule out any remaining prospect of the play-off going ahead by announcing that the country is closing its borders to non-residents. 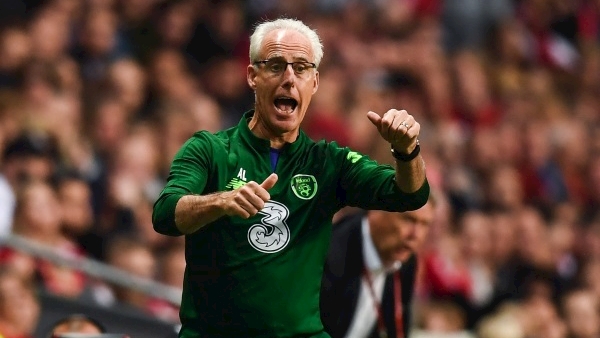 The game had already been put in doubt by a Slovakian FA request to UEFA for a postponement, the host nation stating that, as the main organisers of the game, they didn’t “want to risk the health of all concerned.”

Meanwhile, as the FAI announced the cessation of “all football activity” in Ireland until March 29, Shamrock Rovers manager Stephen Bradley said he would be concerned for the League of Ireland should any suspension prove to be prolonged.

“It’s not just about us and Dundalk, our two clubs could probably sustain it for a month or so,” he said.

“The governing bodies need to keep these clubs afloat, in terms of players’ wages and staff wages, and when the gate receipts come in again they can be reimbursed. That’s the only way we can look at it.”

On the football and fitness front, Rovers had already been working on putting contingency plans into place.

“Then you’ve got to look at, if it’s a complete lockdown and there are no gyms available, can they do a programme at home, can they do it out the back garden or in the house? You can keep them ticking over, definitely. But if it drags on, three weeks, four weeks, you are in trouble as you are back in pre-season mode again.”

In the short-term, it’s understood that a number of clubs who have access to their own training facilities plan to continue with first-team training.

As Cork City confirmed that their League of Ireland, National Women’s League and academy games were postponed until further notice, Chairman Declan Carey said: “This is an extremely difficult time for all League of Ireland clubs as revenue from gate receipts is crucial to the continued operation of the club as a business.

We encourage all supporters to continue supporting the club through FORAS membership fees, merchandise orders online and through continuing to purchase match tickets where it is financially viable for you to do so.

“These are clearly concerning times for our supporters, staff, players and their family and friends. Everyone’s health is the priority, and we would ask the supporters of Cork City FC to once again come together, support one another, and look after yourselves”.