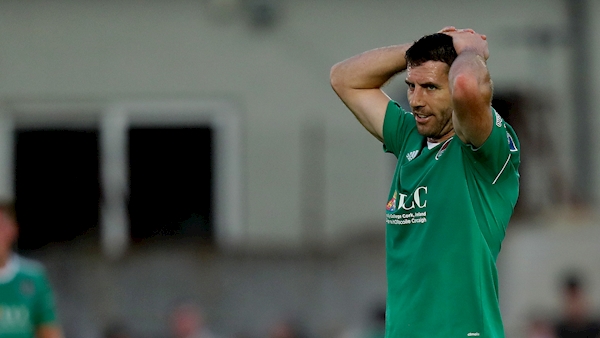 It was a largely disappointing night for the Irish sides involved in Europa League qualifiers.

Cork City lost 2-0 at home to Progres Niederkorn of Luxembourg.

While St. Pat’s also went down 2-0 to the Swedes of Norrkoping at Richmond Park.

Shamrock Rovers, however, will be pleased with their evening’s work in Norway.

Roberto Lopes scored twice – with his second coming four minutes into injury time – as Rovers drew 2-2 away to Brann.

The second legs of all of those ties will be played next Thursday.