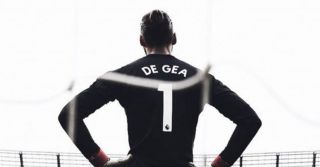 The Manchester United and Spanish goalkeeper is set to leave the Old Trafford club according to The Mirror. David De Gea has played for Manchester United over 300 time and been at the club since 2011 signing from the Spanish giants Atletico Madrid.

David De Gea has had poor form over the last 18 months but before that he was hands down the best goalkeeper in the world, and if the Spaniard leaves he will go down as one of the best to play between the sticks for the Red Devils

In 26 years, Sir Alex Ferguson only ever missed three Manchester United games :
– For his son’s wedding.
– For the funeral of his sister in law.
– To scout David de Gea. pic.twitter.com/zuX8RlsBIO

David de Gea is set to leave #mufc at the end of the season. He will still have two years left on his £350,000-a-week contract and United will have to pay up a large slice of that to let him go #mulive [mirror]

David De Gea was the only reason my club was relevant for the last 7/8 years btw. He could’ve gone to Madrid and won the UCL but he stayed and saved Manchester United.
Respect man,respect.👑 pic.twitter.com/fMFGDCI9Sm

De Gea turned down Real Madrid to stay at this shitshow. Missing out on 3 CLs in a row.

And some of you are throwing him under the bus to justify the failure of a manager that said the words "They have invested loads of money" about the Glazers?

Can you see the former Atletico Madrid player leave the club, if he does, where will he go? If he does go he will be seriously missed no doubt about it, because is the jury still out on Dean Henderson in goals for the red side of Manchester?