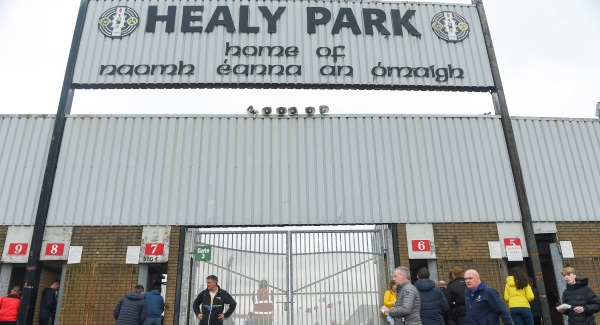 GAA matches in the six counties in Northern Ireland will be permitted to have crowds of up to 400 people due to new guidelines being announced by the Northern Irish executive.

Crowd restrictions in the north were eased last night, but a new increased limit on crowd sizes was not announced.

Instead, organisers will be responsible for making the decision as to how many people they can allow at their event, while adhering to social distancing measures.

Following consultation with the GAA, the Ulster Council decided to place a 400 person limit on matches to be played in Antrim, Armagh, Derry, Down, Tyrone and Fermanagh.

This figure will see possible crowds double the size of what is permitted in the Republic.

Last week, President of the GAA John Horan called for the Government to allow for larger crowds to attend GAA matches, particularly in larger venues where bigger crowds would still be able to socially distance.

South of the border, crowds are still restricted at outdoor gatherings until the phase four of the lifting of restrictions, which is due to take place on August 10th.

Speaking to RTÉ radio’s Morning Ireland today, former Armagh football, Oisín McConville welcomed the easing of restrictions in the north, saying it was down to the responsible approach adopted by people during lockdown.

“We relied so much on the responsibility taken by the public and I think that has been reflected in what I’ve seen going on as far as Gaelic games and the return of Gaelic games is concerned.

“The response of everybody has been top-class and it’s a reward for the fact that we have been so responsible. The fact that we will have patrons back in watching games, for me, is a big positive,” said McConville.