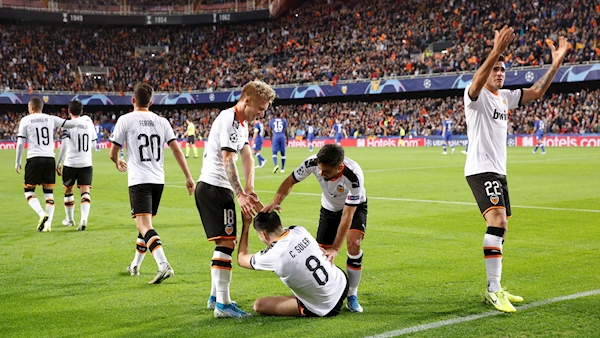 England striker Tammy Abraham was taken to hospital after a nasty-looking fall on a night where the Blues thought Christian Pulisic’s nudged finish would sneak them into the European top tier’s last 16.

Abraham suffered a suspected internal injury after falling awkwardly on his hip, no doubt adding to boss Frank Lampard’s frustrations as Valencia gained the greater boost in Group H from the draw.

Jorginho was lucky to escape a second yellow card and a dismissal for the foul on Jose Gaya that gifted Valencia a second-half penalty. Captain Dani Parejo stepped up for the spot-kick only to see Kepa Arrizabalaga pull off a fine save.

Maxi Gomez missed a hat-trick of first-half sitters as Valencia paid the price for shocking profligacy, but just when Chelsea started to home in on victory up popped Wass. 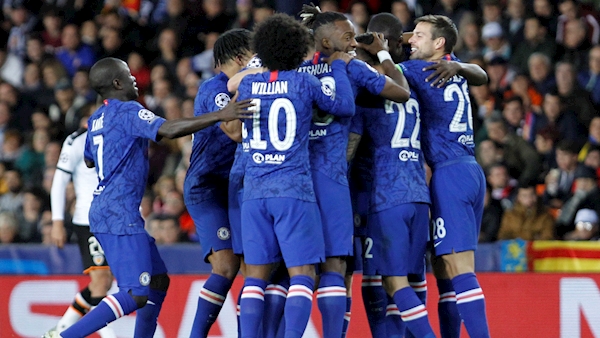 The Denmark midfielder’s lofted cross drifted away from his intended target but instead over Kepa and into the net, stealing Valencia a draw to thwart Chelsea at the last.

Rodrigo’s glaring miss at the death could even have sealed Valencia’s place in the last 16, but a compelling, gritty game somehow ended even.

Victory here would have sent Chelsea into the knockout phase with a group game to spare, but now the Blues must wait to secure their passage into the last-16.

Gomez should have had a first-half hat-trick, but was left instead to boot the advertising hoardings in frustration.

At least he did not fail to connect with those touchline boards, because he struggled to hit anything else.

Chelsea started brightly with Willian and Abraham both unable to convert teasing crosses from James.

But once Valencia settled, the middle third of the half turned into Gomez’s profligacy show.

Parejo sent Rodrigo racing down the inside right and his delicious cross left Gomez salivating on a far-post tap-in. The charitable description would be that he tripped, but in truth he kicked his feet together and the ball trickled past an open goal and to safety.

The Uruguay star at least connected with a header, but could not steer it away from Kepa, and when the Chelsea stopper deflected his point-blank effort he was left to kick out at the only thing left within range, those advertising boards.

Chelsea came again, Abraham firing wide from another James cross and then seeing a fine snap shot tipped over the bar by Jasper Cillessen after Kante’s cute flick.

Winger Soler broke the deadlock when Kepa could not keep out his flicked finish despite reaching the effort with enough of a palm to feel frustrated not to complete the save. 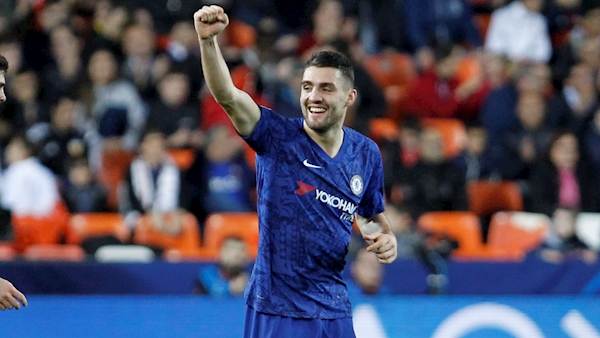 But in a flash and out of the blue Chelsea were level, back on terms in less than a minute. Kovacic controlled well on the edge of the area and drilled home a fine, accurate finish.

The former Real Madrid man then jumped straight from breaking his Blues duck to almost doubling his club tally, only to see his close-range effort rebuffed after Pulisic had played him in on the left.

Abraham was carried from the field on a stretcher to end the half, with Michy Batshuayi on in his stead after the interval.

The personnel change did not disrupt Chelsea’s attacking flow however and Lampard’s men quickly stole the lead.

Pulisic turned in Zouma’s knock down, squeezing the ball under Cillessen. The assistant referee raised his offside flag, but after a lengthy VAR check the goal was awarded.

Valencia rallied and Rodrigo fluffed an attempted lob after Kepa and Christensen were caught in a muddle, with the failed effort a big reprieve for both.

Jorginho was lucky to escape a second booking and red card when conceding a penalty for a clumsy challenge on Gaya, leaving the hosts incensed that the Brazil star remained on the field.

Home skipper Parejo stepped up for the spot kick, only to see Kepa pull off a stunning save.

Just as Chelsea thought they could see out the pivotal victory, Wass launched a cross into the area that hung so high as to drift over Kepa and into the net.

The stunned visitors toiled away in search of a late winner but to no avail, and Rodrigo even had time to fluff another far-post tap-in. 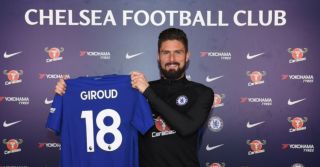 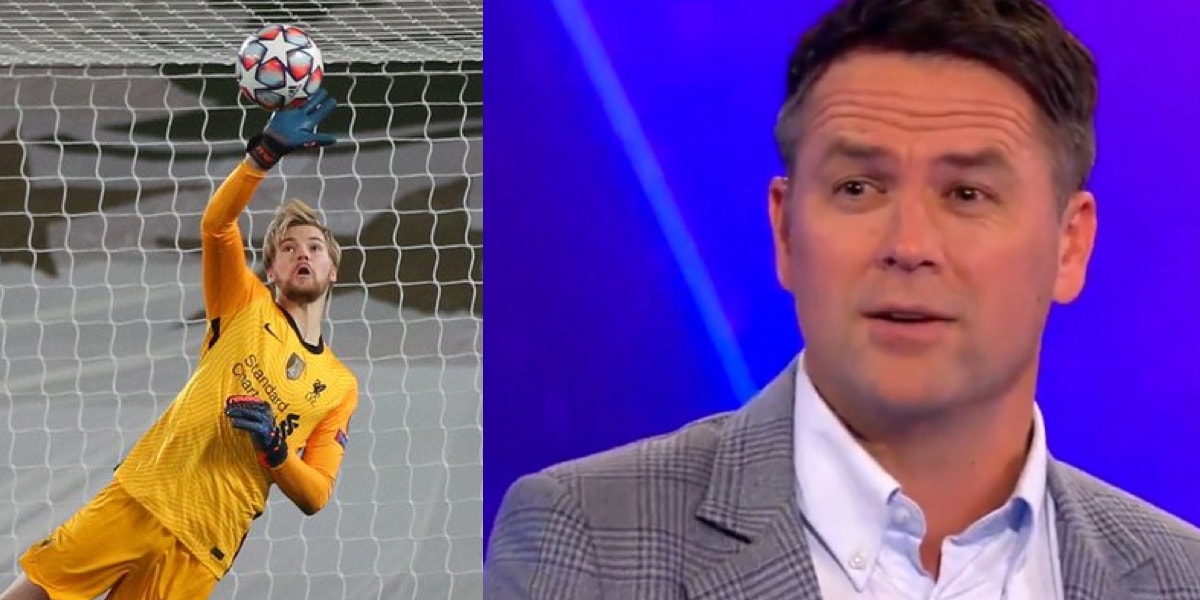 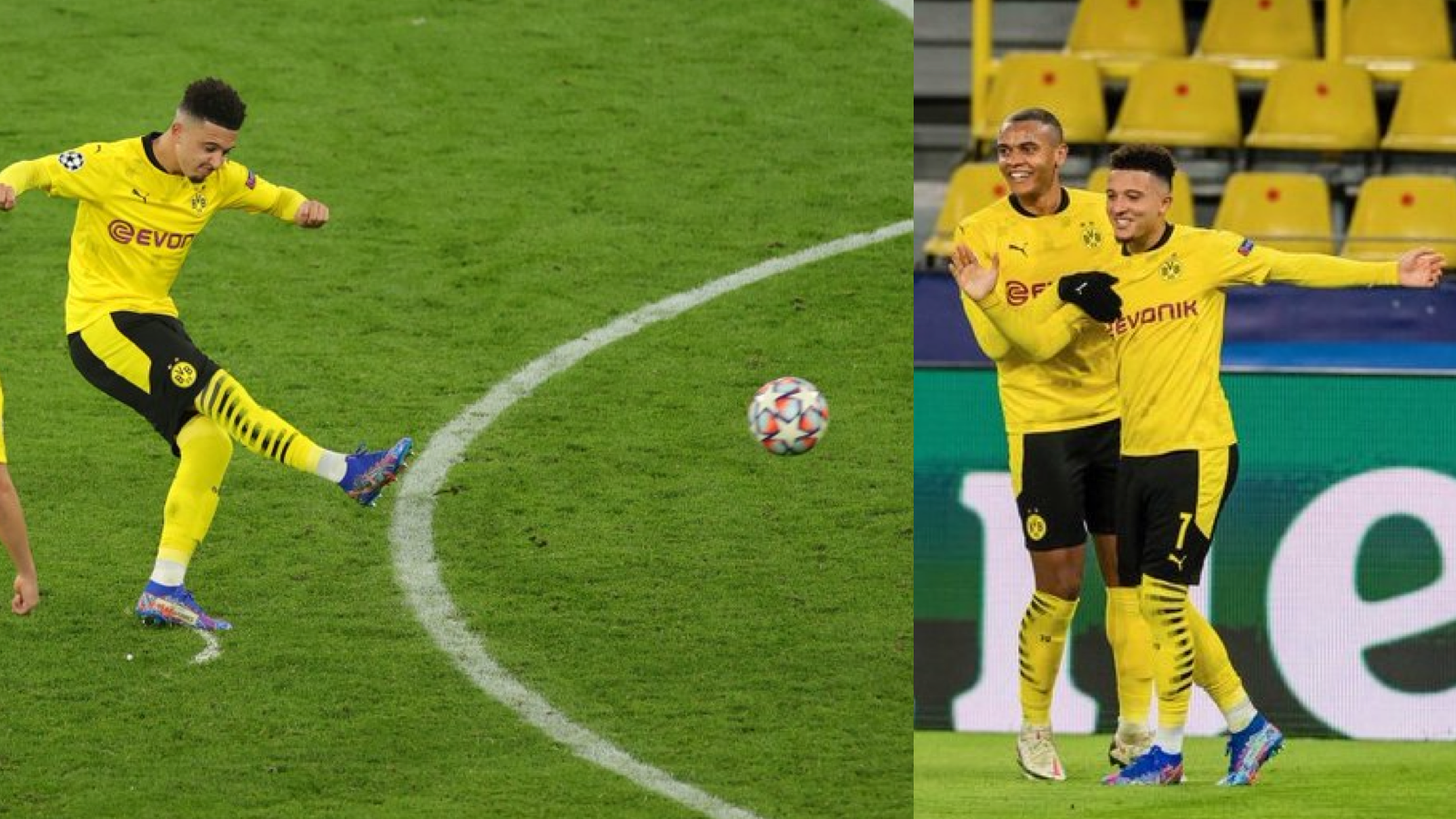 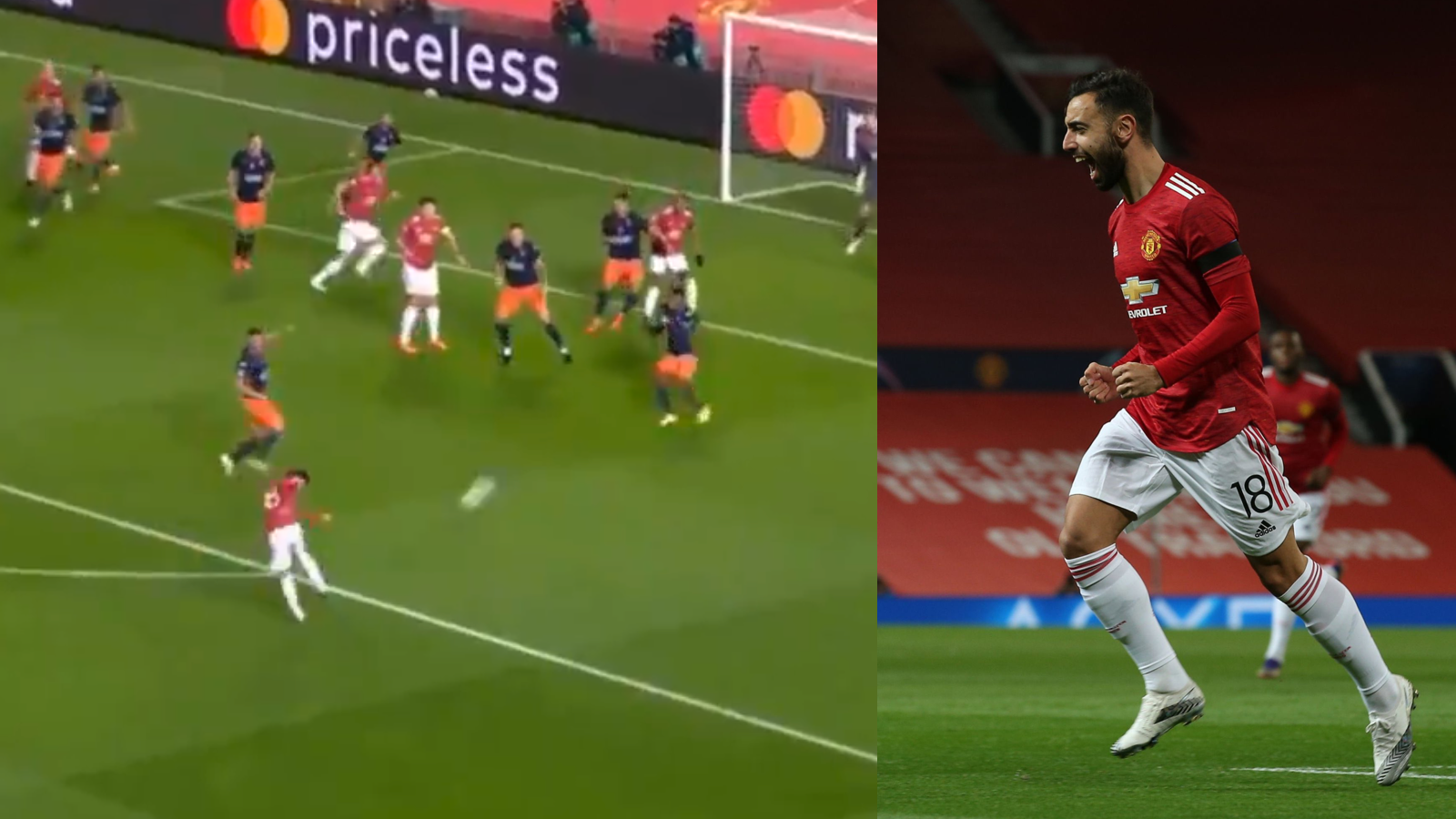