Ahead of the fixture, Aubameyang recorded a promo video with BT Sport, during which he said “Arsenal, it’s nothing personal”.

Aubameyang is the former Arsenal captain, of course, who was forced out of the club in the January transfer window after falling out with Mikel Arteta.

All eyes were on Aubameyang ahead of the fixture, which was his first time facing his former employers since departing.

He wasn’t able to make any sort of notable contribution, with Chelsea falling to a 1-0 defeat.

Rather predictably, in wake of the game, Arsenal fans took aim at Aubameyang, with influencer Troopz sharing a video of Gabriel’s goal celebration, captioned “nothing personal”.

We’re scratching our heads as to why, but Aubameyang himself has liked the post on Instagram. Troopz is literally poking fun at him – why would he like it? 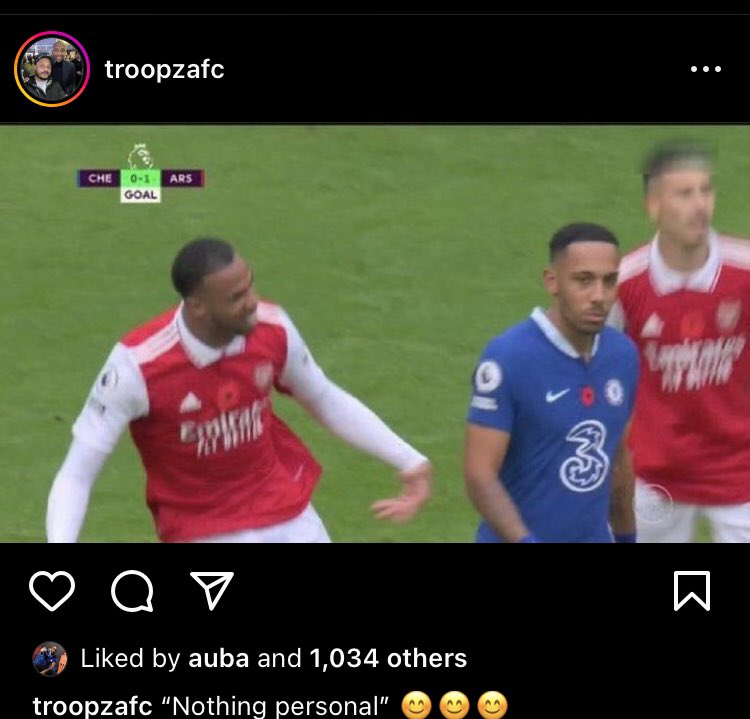