Arsenal youngster Bukayo Saka was given a standing ovation by the Tottenham Hotspur Stadium after being introduced as a substitute on Sunday afternoon.

Saka, while he is undoubtedly one of the biggest talents in the Premier League, will likely forever be remembered as the man who missed the decisive penalty in the Euro 2020 shootout.

The 19-year-old was also one of the England players subjected to disgusting racist abuse in wake of the game, which as reported by the BBC, has resulted in 11 arrests. 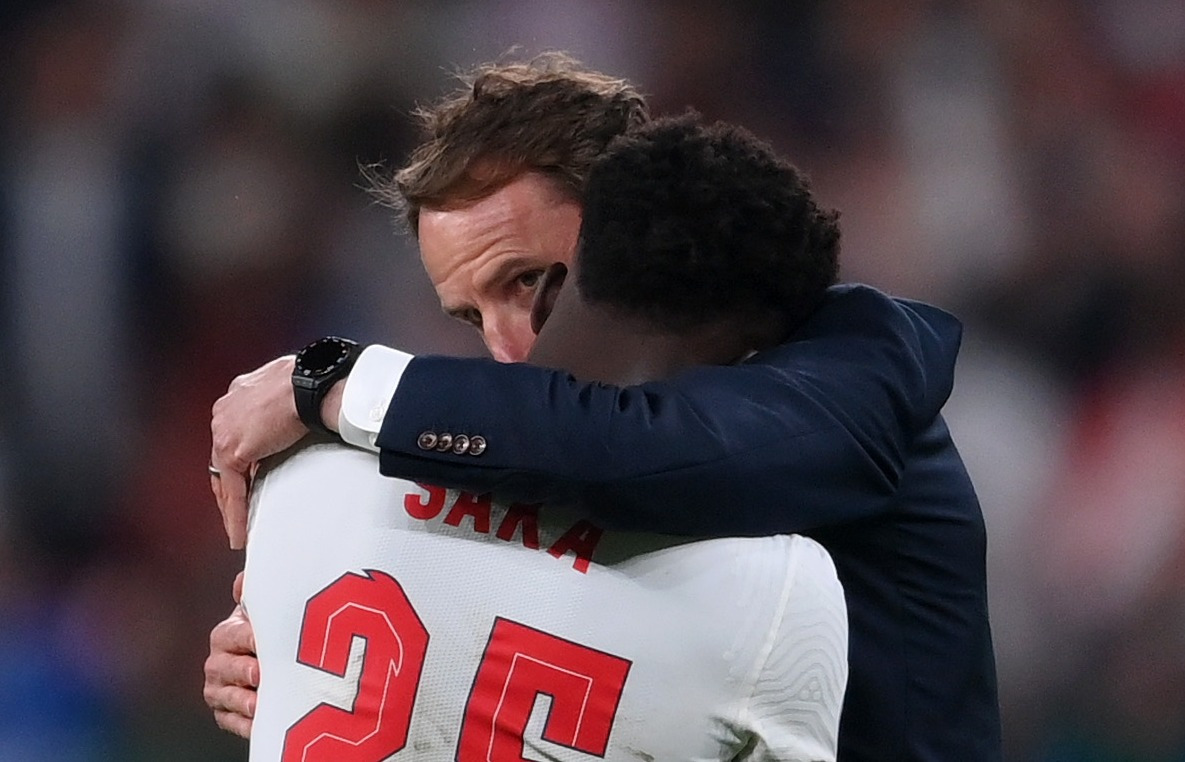 All told, it’s been a very difficult summer for the young man, which is why it was so great to see him clapped onto the field during Tottenham v Arsenal on Sunday.

Rivalries aside. What a moment this was this afternoon.

The two North London clubs are usually at each other’s throats, but came together in a moment of unity in support of Saka and opposition of all forms of discrimination.

This is the power that football can have when we unite instead of divide.