According to the 63 year old Manchester United manager Ralf Rangnick that French attacker Anthony Martial didn’t want to play against Aston Villa at the weekend. Hence he was missing from the bench, but since then the 26 year old has taken to his Instagram to go against this claim. 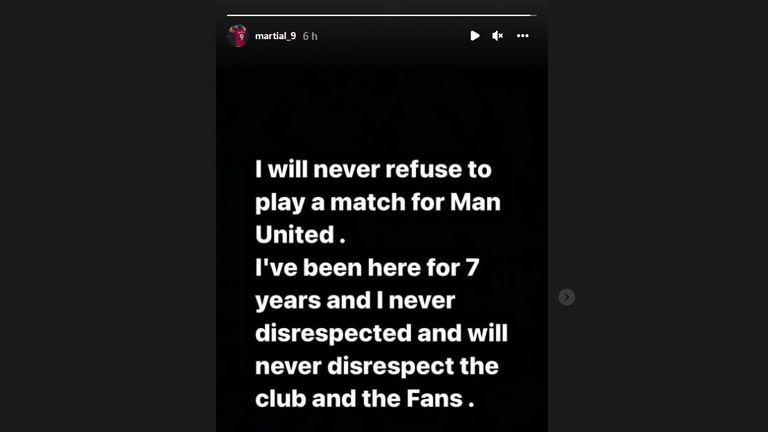 Ralf Rangnick reveals Anthony Martial "didn't want to be in the squad" against Aston Villa 😳 pic.twitter.com/W9yoDh4lnq